When not attaching the double sided tape backing directly to a factory painted surface the tape will not adhere as strongly. This would apply to cars with vinyl wrap, paint protection film and/ or ceramic coatings. In such a case, the surface which sees the double sided tape must be scuffed up using sand paper to get proper surface adherence for the high strength tape to have the equivalent adhesion as on normal unmodified painted bumpers. The use of adhesion promoters is necessary, please contact us for further questions.

1. Prior to beginning ensure that your Model 3’s trunk  has been thoroughly cleaned with 50/50 Alcohol and water mixture.

2. Hold up the spoiler and tape off the surrounding area based on where it will be placed as shown in Figure 1.

4. Apply adhesion promoter to taped off area, we use Primer 94.

5. Allow adhesion promoter to dry and begin to remove backing on double sided VHB. Do not remove all of the backing, only remove edges as shown in Figure 2.

6. Once the spoiler is in the correct position begin pulling back on the backing of the VHB from the center outwards towards the edge as shown in Figure 3.

7. Once all of the VHB backing has been removed, apply pressure for at least 60 seconds as shown in Figure 4. 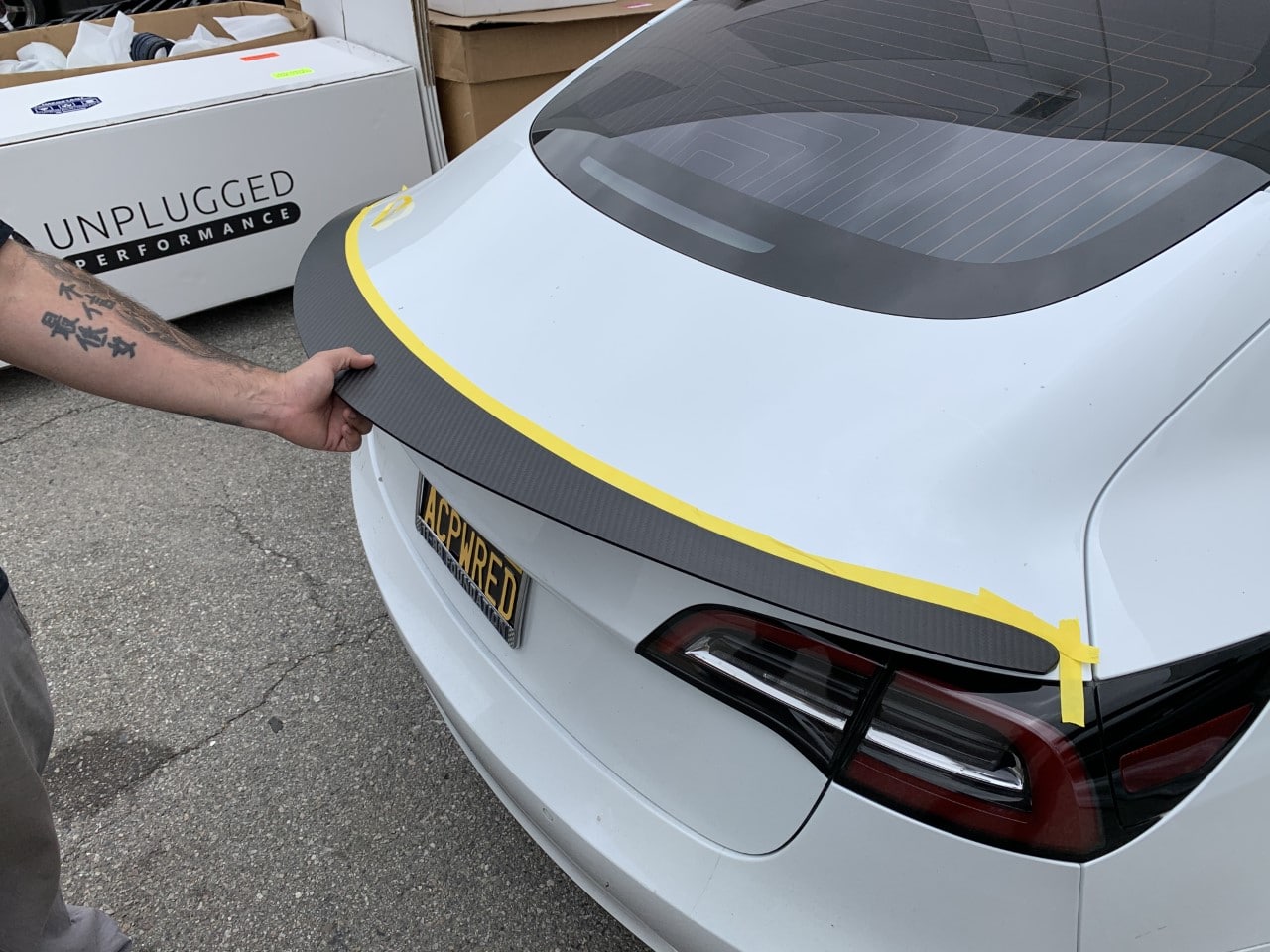 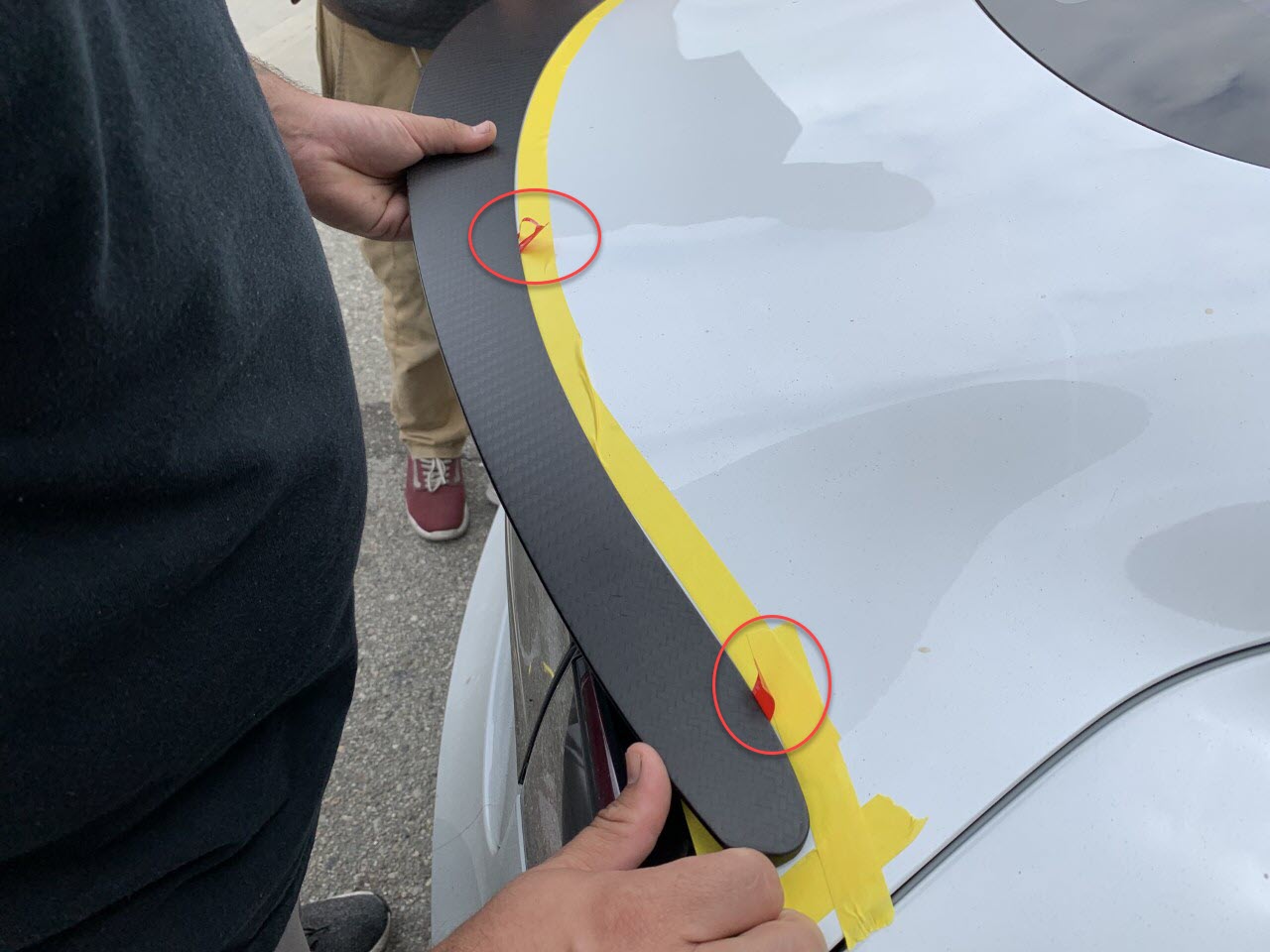 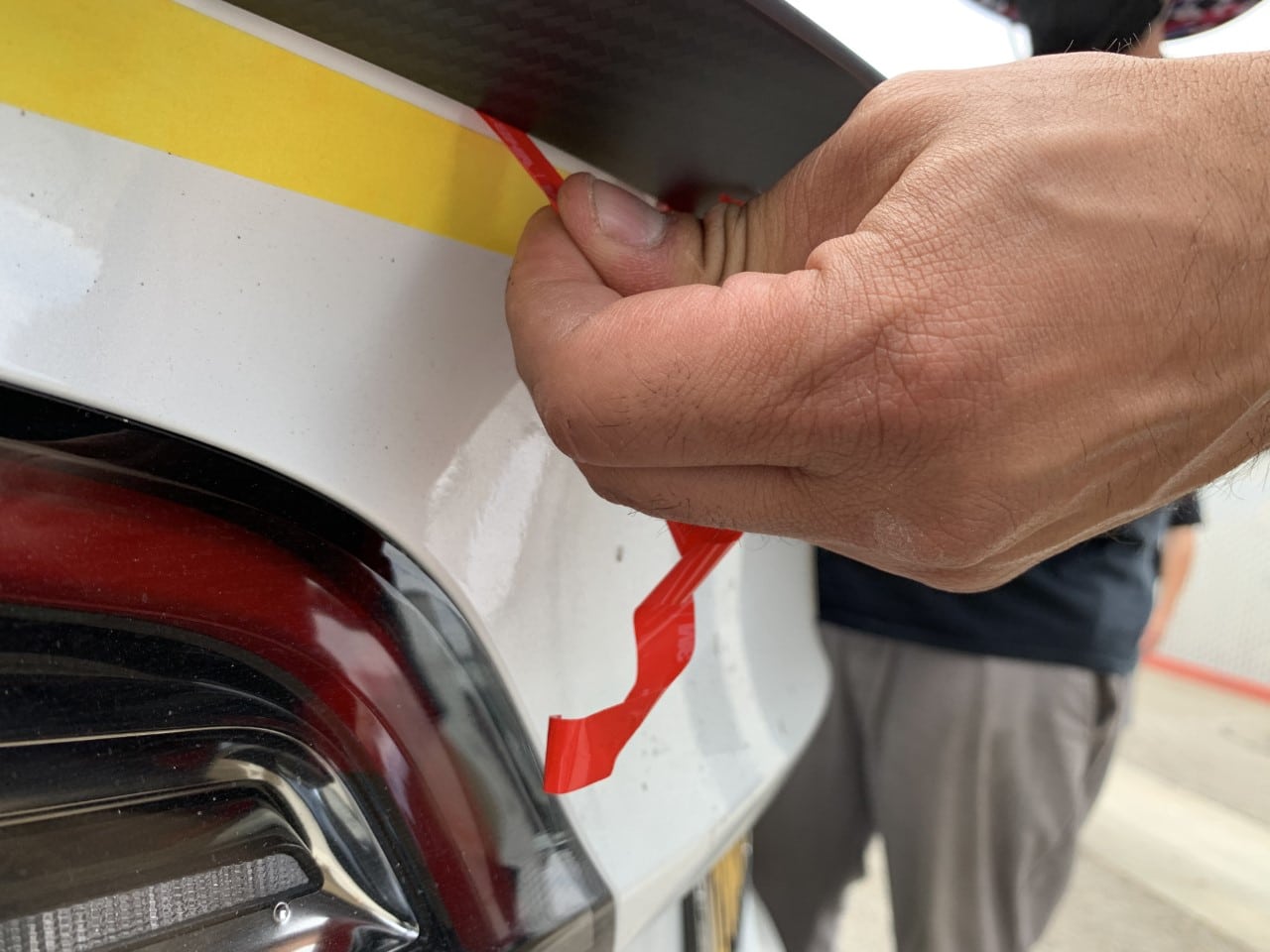 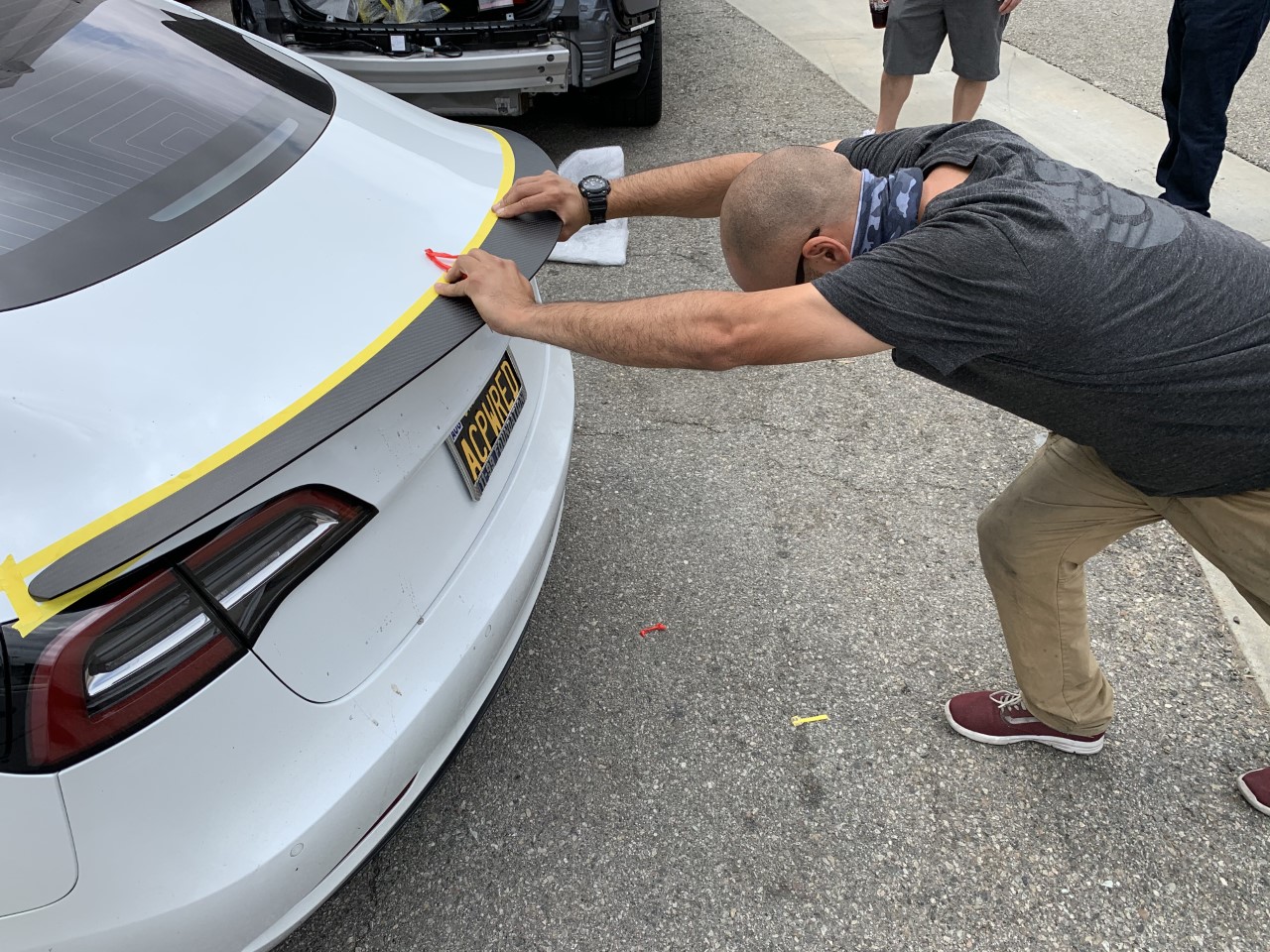 CAR MUST NOT BE WASHED OR WET FOR AT LEAST 24 HOURS. CAR CAN BE DRIVEN BUT NOT IN EXCESS OF 50MPH.